Unbelievable! During a recent interview with the New York Times, a Democrat Congresswoman mistakenly said something out loud that she thought was "off the record".

Rep. Carolyn Maloney, a Democrat from New York,  dropped the bombshell that President Joe Biden will NOT be seeking re-election in 2024. This news came as a complete and total surprise to everyone.

The reality is that politicians frequently make errors of this kind, but this particular gaffe is so significant that it will have such catastrophic repercussions that they will shake Washington, DC to its very foundation.

Maloney was reportedly asked by the editorial board of The New York Times if she thought Joe Biden should run for president again in 2024. The information was obtained from a Western journal.

She also reportedly stated, "Off the record, he's not running again," which was included in the story.

What a rooking mistake by Maloney and unbelievably devastating news for Democrats!

The overwhelming majority of people in this country do not approve of Joe Biden and say that he should not run for office again.

A recent poll has shown that his chances of winning a second term are quite low.

According to a study conducted by the New York Times and Siena College, 64 percent of Democrats do not support Biden's quest for the presidency in 2024.

Since he keeps insisting that he would run for president again in 2024, Biden either doesn't read polls, disregards them, or simply doesn't give a damn about them.

There is no room for debate over the fact that this is disastrous for both the Democratic party and the entirety of Joe Biden's presidency.

They are going to make an effort to conceal this information as best they can.

After saying Biden won’t run in 2024, Rep Carolyn Maloney looks into @newday camera and says: “I apologize Mr. President…(even though) I happen to think you won’t be running.” @brikeilarcnn pic.twitter.com/KuLaBoGRX5 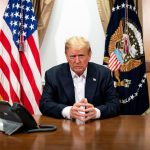 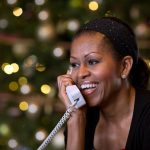